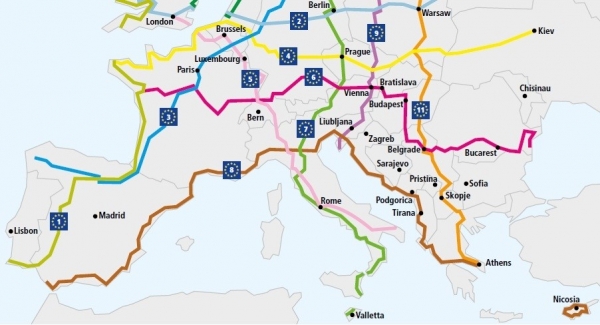 Over the past few years there has been a significant increase in people using the bicycle as a means of transport, for leisure, sport and even for bike trips.

Not only for that reason, but also due to policies related to environmental and health issues, investments in this area have grown significantly in recent years in Portugal, as in Europe and a little throughout all the world.

They have increased in terms of the bikes manufacture and their components, as well as in the identification of trails and construction of cycle paths.

This trend that already existed and was already visible, but will have, even as a consequence of Covid, an even more accelerated development in the coming years.

If in one of the last posts we wrote about the longest trail in the world (The Great Trail- Canada), something that is also part of this universal trend, today we put here information about the Euro Velo - European Cycle Path Network that is in full development.

Euro Velo, the European Cycle Path Network, is a project that is being implemented and developed by the European Cycling Federation, which aims to develop 19 long-distance cycling routes, totaling more than 90,000 km, passing through 43 countries and cross the entire European continent. 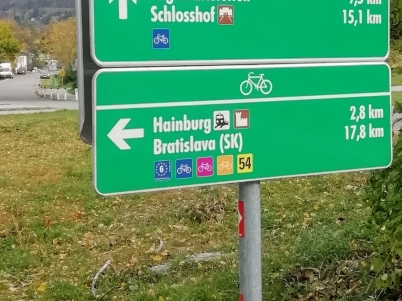 They are a lot of varied routes, from North to South and from East to West, all together make an authentic web.

There are routes such as the Atlantic Coast (Route 1) that links Portugal to Norway; the Mediterranean Route (Route 8), which starts in Cadiz and goes to Greece; the Sun Route (Route 7), which begins in the Norwegian fjords, crosses Europe and ends in southern Italy; Route 6, which begins in France, next to the Atlantic, passes through the Danube and ends at the Black Sea; etc. 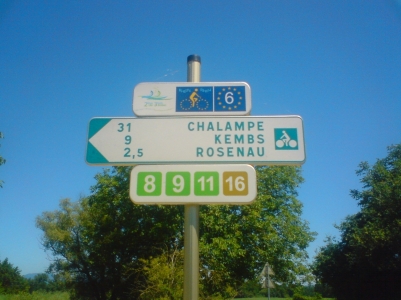 They are routes with different types of degrees of difficulty, but that all together offer an endless number of scenarios and alternatives.

Many of these routes are already covered with large extensions of cycle paths and support equipment for those who travel on them, such as hostels, hotels, repair centers, rental shops, etc.

Euro Velo, with its multiple challenges, begins to be a true paradise for cycling lovers.