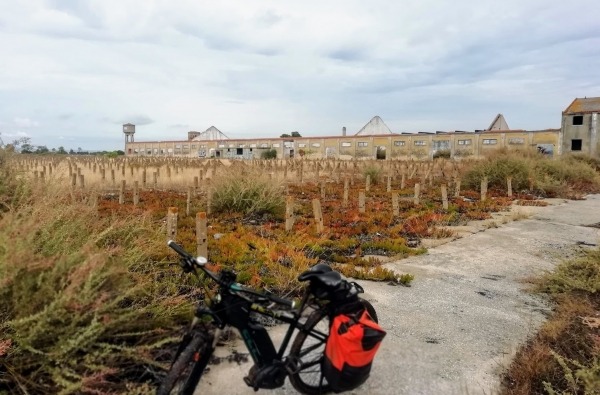 Today I’m going to write about one of “my latest discoveries” Ponta dos Corvos (Crows Corner) and the “Atlântica” Cod Dry Factory.

Ponta dos Corvos is located at the bottom of a marshy “sand line”, like a peninsula, in Corroios area, “hidden” behind the Portuguese Naval Base.

I arrive at this place after passing buildings with ugly architecture and, at the end, through a poorly signposted dirt road with a lot of garbage. 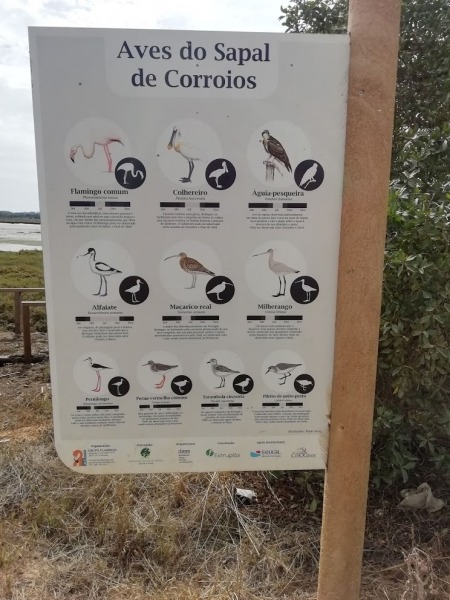 After this initial journey, expectations weren’t the best, but in a short space of time, without realizing it, I arrived in a “small peninsula” - flanked by swamps and a beach. I have also been surrounded by countless birds. There were no people around, I realized that I was in the middle of the wildlife, "far from the world" - I had just arrived at Ponta dos Corvos. 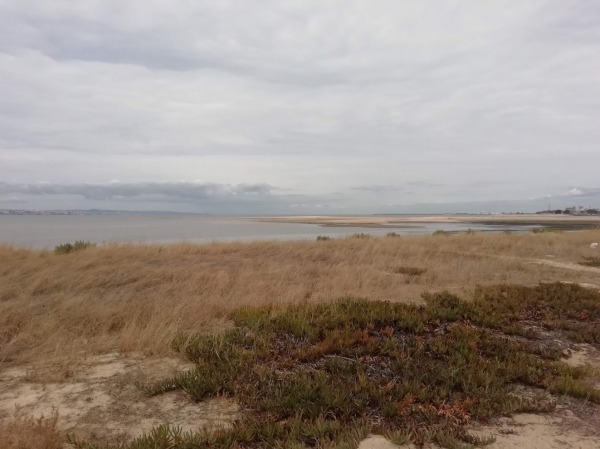 I cycled some more and got to the end of the road. I stopped the bicycle, in front of me, on the opposite bank, a few meters away, but inaccessible, is the beautiful marginal of Seixal city. On the right side, there is a white sand beach overlooking the entire Tagus Bay, from which you can see Seixal, Barreiro, Vasco da Gama Bridge and the frontal area of ​​Lisbon. 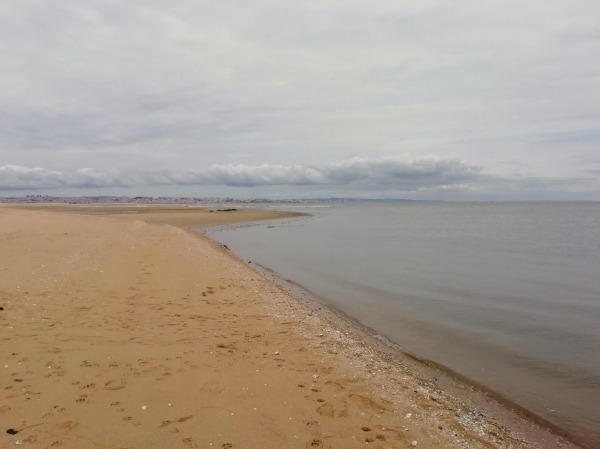 After a break on the beach to get some rest, to get situated, to observe and feel everything that involved me, it was time to explore this area better. 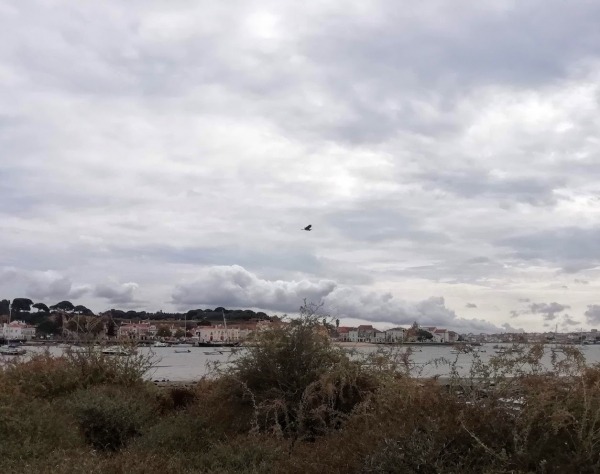 A few meters away there is the ruin of an old building, located on the river, facing the Seixal, where a ramp to the water is still visible. It has around several water lines that form countless islands. 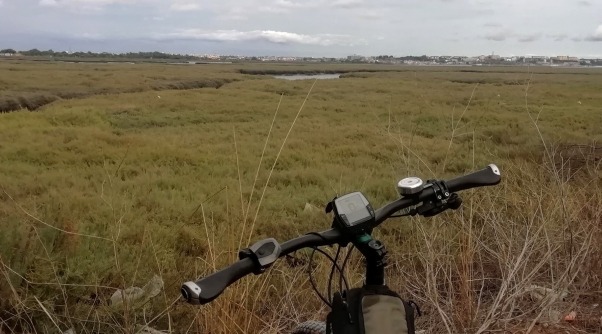 With the bike in hand, I moved by foot. It’s the ruin of an old warehouse banned from being abandoned, in an enviable location, with no roof, no windows and broken walls.

Step by step, I crossed its interior, the only thing visible is the remains of the building and graffiti with illustrations of birds on the few remaining walls. 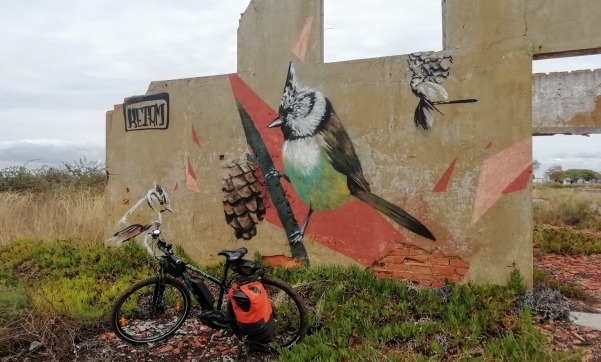 In front of me, about 100 meters away, in the midst of marshes formed by the low tide and with a small trail of very deteriorated access, was another ruin, that of a magnificent tidal mill, which later I came to discover that is called Moinho da Torre and that is only 1 of the 40 existing in the South Bank of Lisbon. 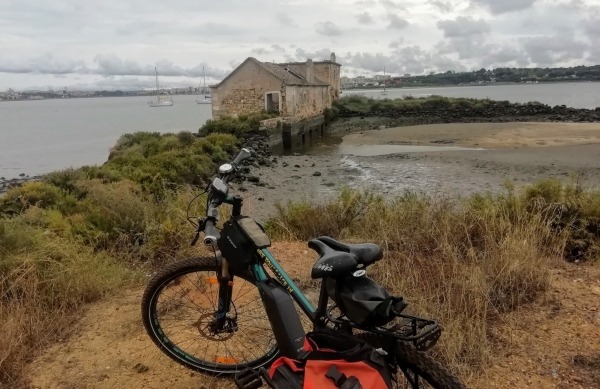 On the way the mud of the swamps abounded, in one of the channels, buried in the visible mud of the low tide, is a sunken rusty iron boat, with the curious shape of a small submarine, which contrasts with everything else. 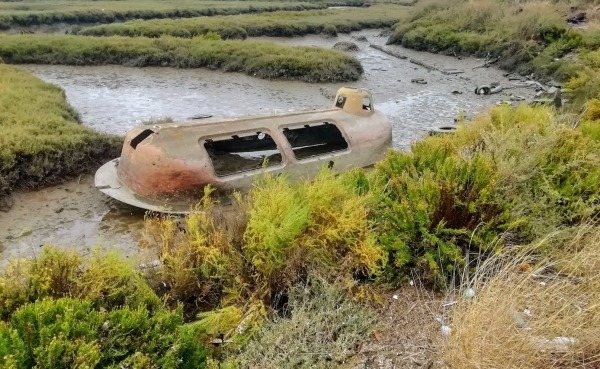 The accessibility to the interior of the tide mill is through an improvised bridge, made with the use of two wooden beams that appear to be of little solidity. I didn't want to risk making this crossing, I was just watching abroad. 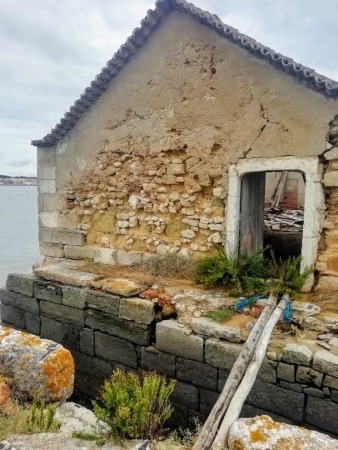 Although it isn't the only case in Portugal and despite the fact that I like to see ruins, I thought about how it is possible to degrade a building from the beginning of the 15th century.

In addition to the Moinho da Torre, on this day, separated by small distances, I found three more tidal mills - Moinho do Capitão, Galvão and Passagem, all in ruins.

One of these mills, perhaps the most recent, the Moinho da Maré do Capitão in an old cod drought factory - Atlantic. 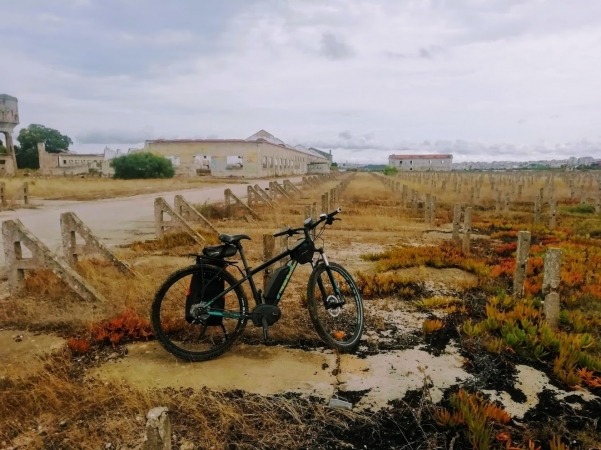 This was another surprising discovery, it is the ruin of what would have been a huge cod drought company, which reportedly got to work around 600 people. 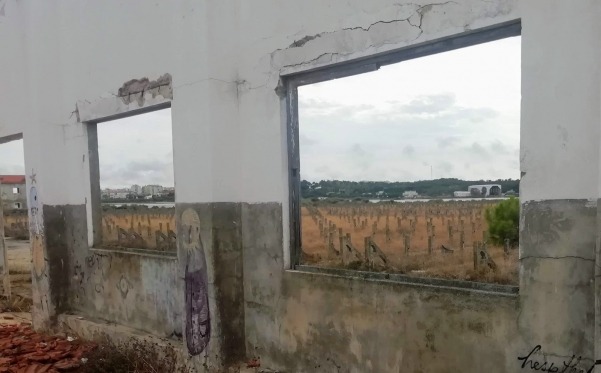 Here I spent a few hours exploring and trying to interpret this space. It was possible for me to detect what remains of the cod storage, washing and drying area. The area of ​​administrative services, workers' baths, the old pier and the tidal mill is also perfectly identifiable. 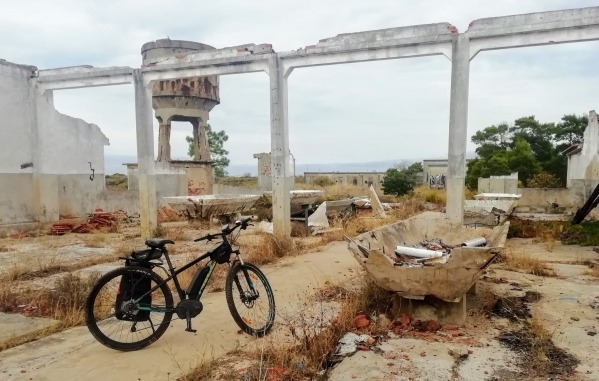 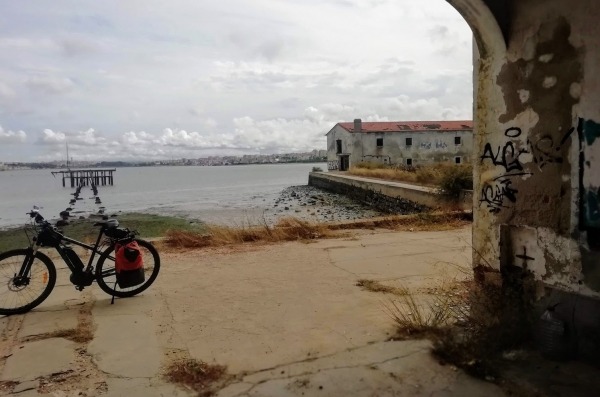 There was also a beautiful, somewhat enigmatic, tower in the middle of a poo. As much as I tried I couldn’t understand the functionality, but it was probably used for the shelter of some birds. 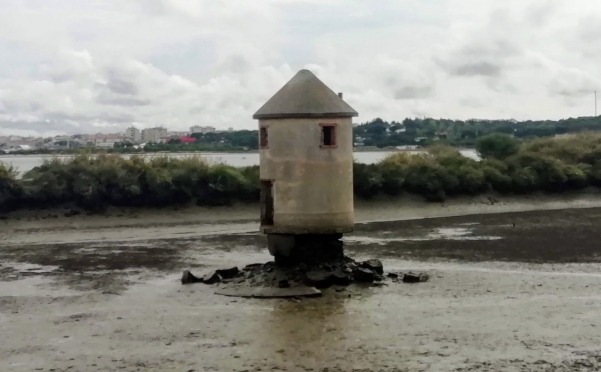 To complete this tour, because I heard that in Corroios there was a Water Mill that had been recovered, I accelerated and went to visit it. In good time I did it, because it closed 10 minutes after I arrived. 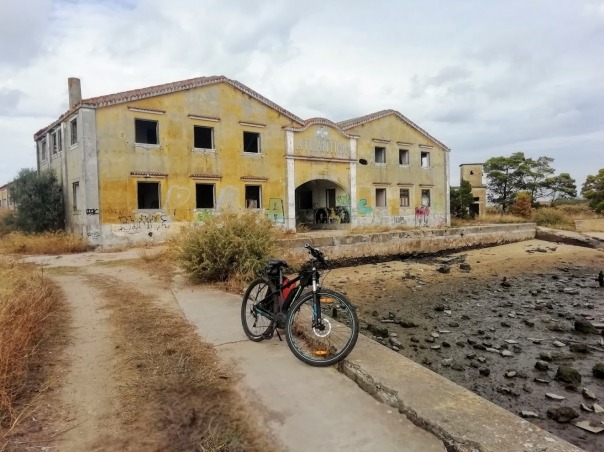 This is the great Corroios Tidal Mill, built in 1403, whose first owner was, Nuno Álvares Pereira, the Portuguese Saint. 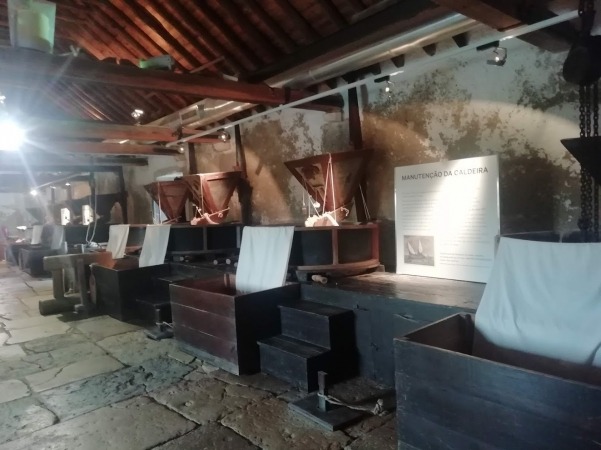