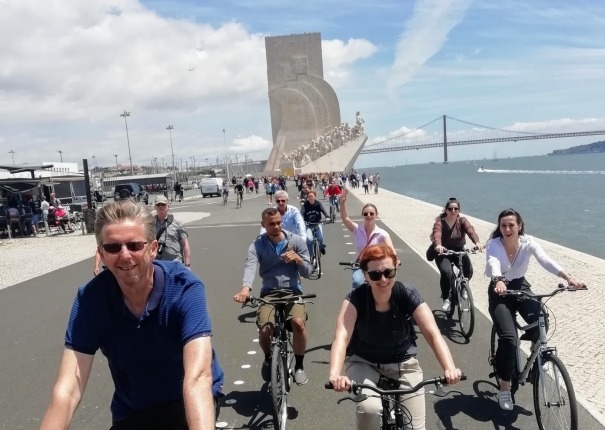 The Discovers Monument, is a way to honor the discoveries of the maritime paths, made by Portuguese navigators, from Europe to Africa, Asia and South America, in the 15th and early 16th centuries.

On our bike tour, between the city center and Belem, this is mandatory stop. 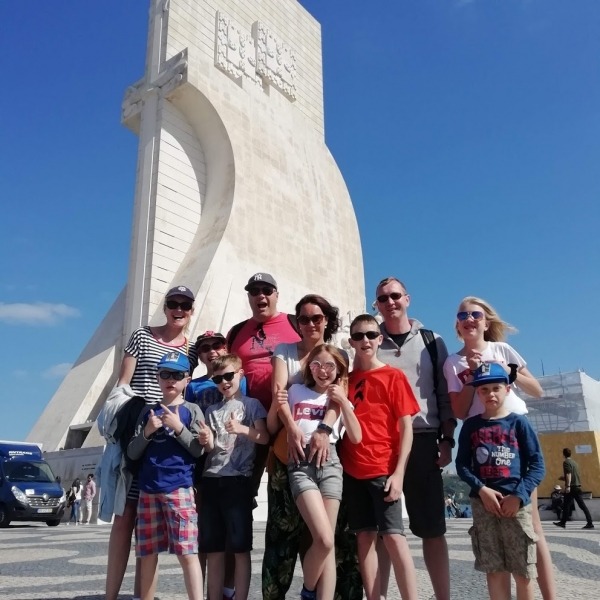 Designed by architect Cottinelli Telmo (1897 - 1948) and sculptor Leopoldo de Almeida (1898 - 1975), this monument was first erected in 1940, in an ephemeral way and integrated in the Portuguese World Exhibition.

In 1960, when the 500th anniversary of the death of Infante D. Henrique was marked, this monument was rebuilt and retained its current shape. 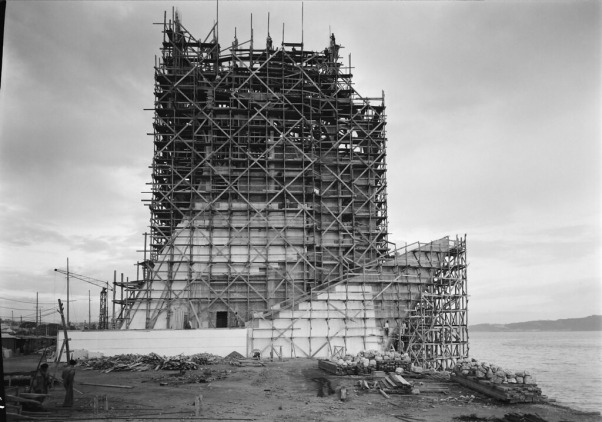 This monument, with 52 meters high, is shaped like a caravel. At the bow, is the great brain of all these feats, Infante D. Henrique, also known as Henrique, the Navigator. 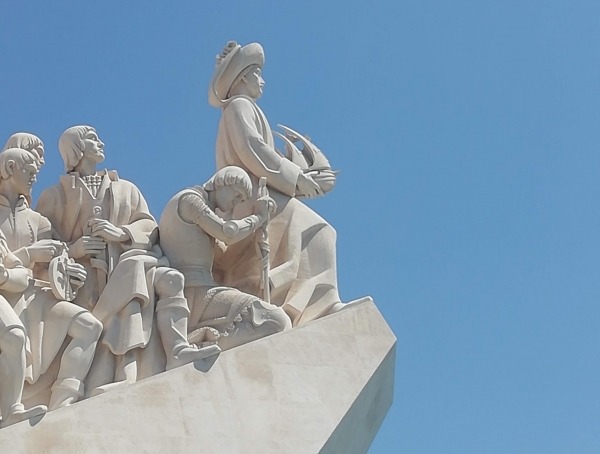 Behind him, on both sides, we can see more 32 people who participated decisively in this adventure, navigators, scientists, religious, chroniclers and artists. 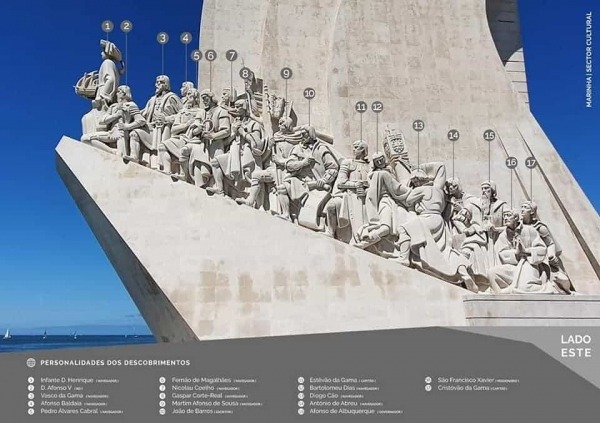 At the top of this monument there is a rooftop with an extraordinary view over the Tagus River and the whole Belem area. 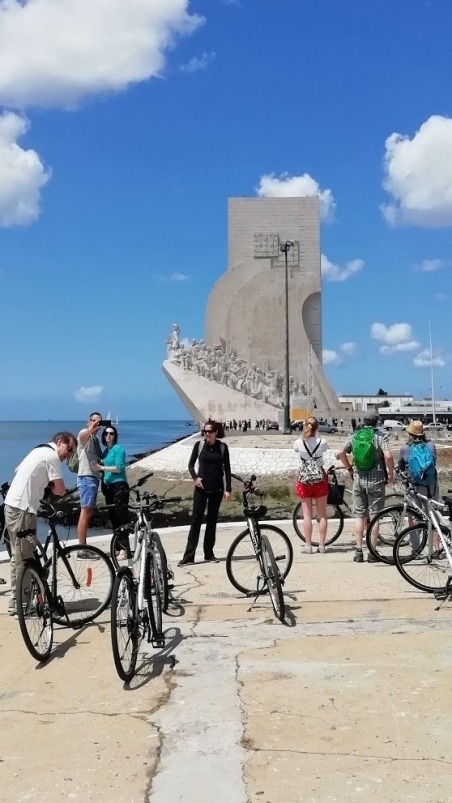 On the north of this monument, a South African gift, designed in marble stone on the sidewalk, a gigantic world map can be seen with the indication of all Portuguese discoveries and the dates when the Portuguese navigators arrived at all places.