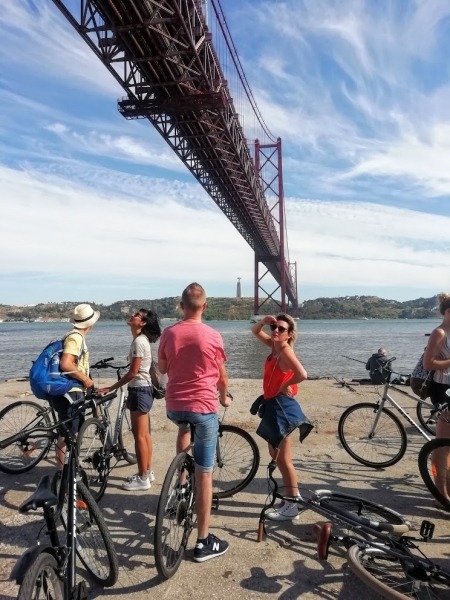 This, another Lisbon and European symbol, is a mandatory stop on our Free Bike Tour between the Lisbon Center and Belém.

Because my friends ask me a lot of questions about this bridge, here is the story of this monumental structure and some curious numbers.

The 25 de Abril Bridge was inaugurated on August 6, 1966, 45 months after the beginning of its construction, under the name of Ponte de Salazar (Portuguese Prime Minister between 1932 and 1968). 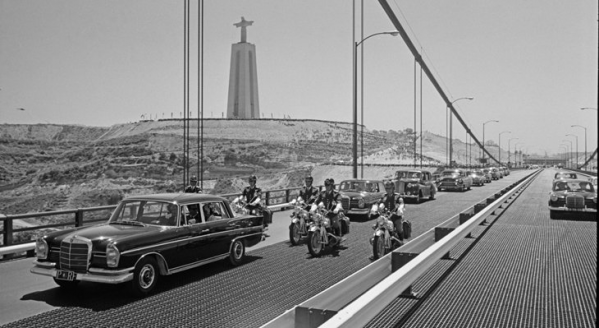 United States Steel International, Inc., headquartered in New York, had Morrison-Knudsen as the main shareholder who had worked on the construction of the Golden Gate Bridge, was the main contractor for the bridge.

After the 1974 revolution the bridge was renamed to Ponte 25 de Abil/April, date of the revolution. 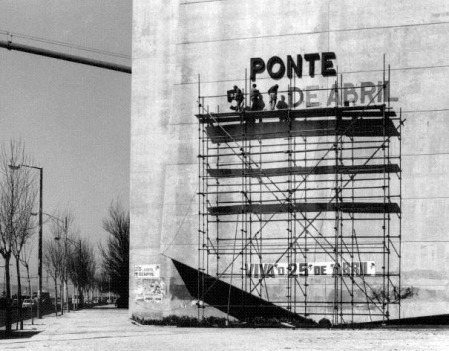 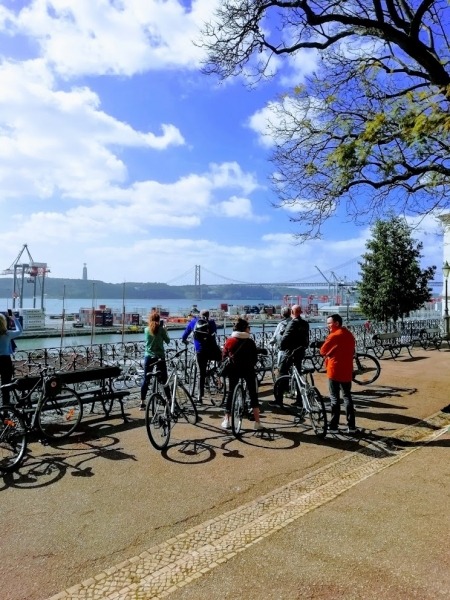 In 1999 a lower tray was placed that allows the use of trains.

3,000 people worked on the construction of this monumental bridge, 4 of which lost their lives in accidents at work. 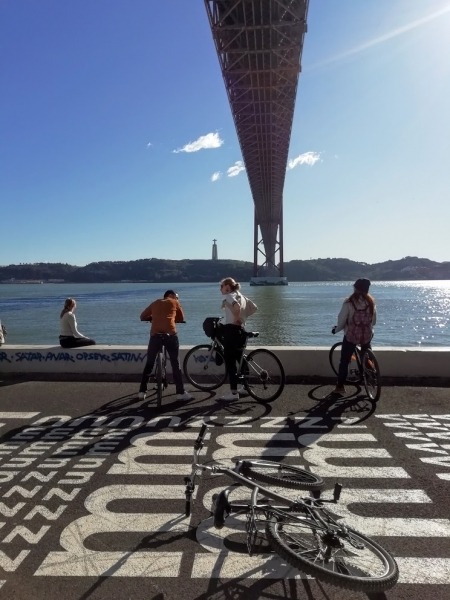 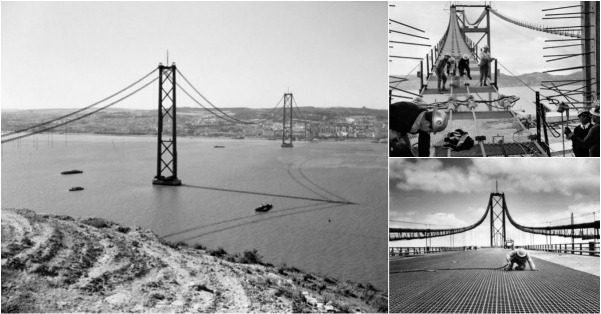 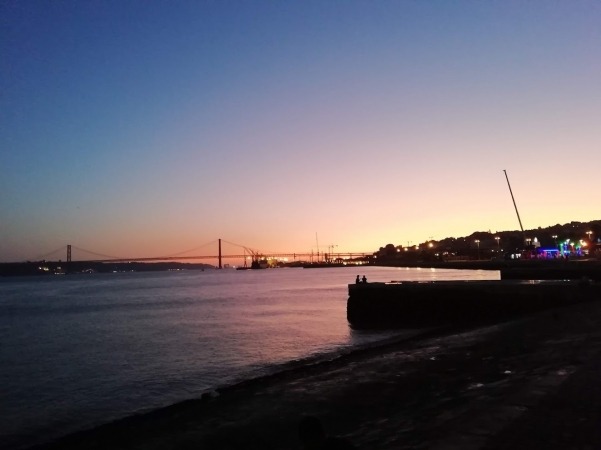